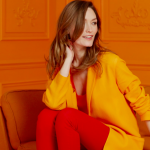 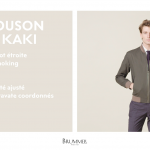 Brumell
About
Director / Dop / Editing  Nicolas Vazquez //// Interview The plus

“In Black flame 2 you can see a plasma that looks quiet at the beginning, little by little it exudes rage. Then again becomes quiet, before hatred remerges” says Nicolas. “I wanted to represent the frustration that can sometimes be contained within you, just waiting to come out. In the middle of the video that frustration is unleashed.”

We tentatively spoke to the man behind this representation of pure rage, trying not to make him angry!

The Plus: Could you tell us some more about your career background? Nicolas Vazquez: I’m originally a sound engineer, I worked for 8 years in the studio and for big festivals (like Montreux Jazz Festival). I also worked in musical TV broadcasts, working with Prince, Deep Purple, Quincy Jones to name a few. I am director of the department of digital studio Rouchon in Paris. I was also a photographer/director within fashion and luxury advertising for 7 years.

TP: How would you describe your style? NV: My style is very black and white contrast. I try to give life to materials that are inanimate. My movies are very focussed on the sound; I gathered my two passions in my video work. For me music is 50% of a video.

TP: What programs/equipment/materials did you use during this process? NV: I shot this video using Studio RED Epic camera at 250 frames per second, there is no CGI. I played around with kaleidoscope effects and accelerations.

TP: What was the main challenge you had to overcome?

What was very complicated for the shoot was filming paint in water: finding the right paint dilution to have the perfect texture. I filmed about 40 drips of paint, the result is very random, which made the filming complicated.

Are you working on any new videos at the moment?

Yes I’m working a lot on other projects at the moment with the fire, it is very complicated to work with as the flames are completely random.